Top 5 Budget Hotels to sleep in Rome
Here’s Some Great Ideas for A Romantic Date Night in Tampa, Florida
7 Things to Consider When Booking a Family Vacation
The Most Effective Methods To Get More B2B Leads
How to ensure if a company in the UK is authentic?

Malaga has long been famed as a tourist hotspot and indeed, it is central to the Costa del Sol which runs along the entire coastline of the province of Malaga. With around 300 days of sunshine each year it is small wonder that Malaga is a popular tourist destination.

Approximately 14 million visitors per year, fly into Malaga airport many of whom pick a Malaga flight over other destinations simply because they know that Malaga offers excellent value for money. While the beaches and coastal towns are simply stunning, and offer every possible amenity to travellers there is so much more to Malaga than that. 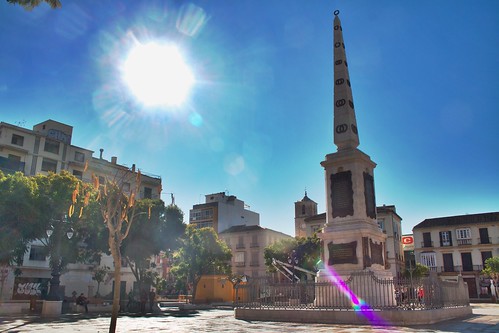 Malaga is famed as being the birthplace of master artist Picasso and to honour his expressed wish to have representation in his home town, the Picasso Museum was opened. The idea was first touted in 1953 but did not make very much progress. In 1993 the idea was remembered and the Malaga authorities approached. The museum was finally opened on the 27th October 2003, by none other than the king and queen of Spain. The museum recreates Picasso’s journey through different media and styles of expression and provides a glimpse at the complex working of the great man’s mind.

One of Europe’s largest private collections of musical instruments can be found here in Malaga. The Interactive Museum of Music is a very hands-on organisation and aims to deepen and widen visitors understanding and appreciation of all types and forms of music. The collection, some 400 pieces strong, is comprised of instruments from all over the world and even affords a glimpse into the history of music; some of the pieces are very old indeed.

El Churro is a small village in Malaga, not far from Malaga city. It has garnered an excellent reputation as one of the ‘in’ places for rock climbers to congregate to try their hand at the challenging rock formations that abound in the area. A high narrow walkway suspended between the two faces of the rocky valley, known as the Kings Walkway or Caminito Del Rey (literally King’s little path), was initially used to provide access to a hydro-electric power plant, but now creates a challenge of its own – dare to venture along the narrow precarious path to enjoy the stupendous views around you! 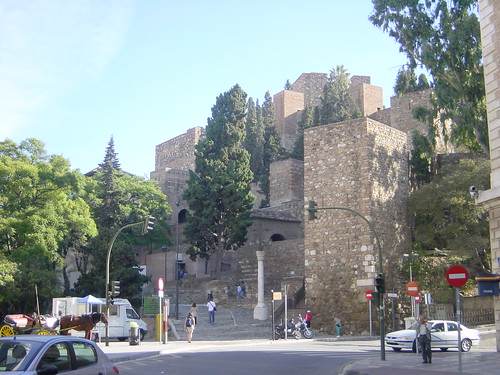 In the heart of Malaga City lies one of the best preserved examples of an old Moorish fort; the Alcazaba Castle. The 11th century castle nestles on a hill in the middle of town, and those willing to make the trip to the top are rewarded with stunning panoramic views of the city and sea. Beautifully kept lush gardens welcome the footsore visitor and a small, but exquisite palace hosts an array of artefacts discovered in and around the site. The double walls and many fortifications make the castle almost unique; its only peer is the Krak des Chevaliers in Syria.

Just down the hill from the castle can be found the Roman Theatre of Malaga, built in the 1st century and used for some two or three hundred years before being neglected and falling into disrepair. The Moorish builders of the castle definitely knew of the existence of the theatre and they used some of the stones to build the fortress. The Roman Theatre was rediscovered in 1951 and excavations began, which still continue today. The theatre can be admired from the plaza opposite, but if a close-up tour is required it is possible to go inside and wander through the stone seats and view the stage from a spectator’s point of view. There is a short film about the excavations and artefacts available to see, providing a fascinating snapshot of life nearly 2000 years ago. 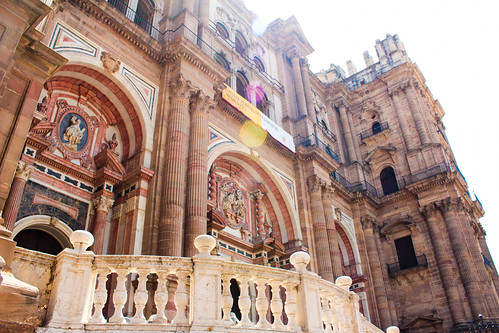 Malaga Cathedral stands tall at 84m – the second tallest cathedral in Andalusia, after Seville’s Giralda Cathedral – and looms over the populace. The baroque exterior is at odds with the renaissance interior, but both inside and out, the cathedral is a magnificent testament to the skilled masons who worked on the edifice, taking 254 (1528 -1782) years to complete it. In fact the south tower has never been finished and funding raised by the people of the parish to complete the work was diverted to help the United States gain its independence from Great Britain (although some was also used to finish an important roadway in the town!) This has caused the cathedral to be affectionately called La Manquita, or one-armed lady.

It is easy, with just these few examples to how very diverse Malaga can be. Whether you are indulging in a luxury cruise or taking advantage of great value budget flights; Malaga has something for everyone.